Lack of Sexual Education Among Young Adults in Pakistan

In a country like Pakistan where thought and speech of any and every kind are strongly influenced by religious and cultural practices, Sexual Education is considered an extremely conservative and taboo topic, which discourages any public dialogue and invites a huge amount of criticism and outrage from powerful religious clerics and leaders of the country. Those who accuse that such discussions endanger the morality of the country and its people. Although, ironically, the current state of the country begs for discourse and reform. Pakistan is in tatters; with increasing number of child abuse, domestic violence, rape, STDs, and unwanted pregnancies as well as illegal abortions. This policy analysis will focus on the multi-faceted consequences of having no formal sexual education. It will discuss why this issue is significant, the policy actors included and affected by the matter, and the alternatives available and possible for Pakistan to consider.

The sample size was 64 respondents. The most striking correlation seen in the results is that of parents’ willingness to learn from trained lady healthcare workers (LHWs) and having them educate their children as well. Parents also felt uncomfortable discussing such sensitive matters with their children and preferred trained individuals educate their child, thus further strengthening our argument of employing the services of LHWs. It is also widely known that Pakistan’s school curriculum is severely lacking in terms of sexual education, and this was reflected in the survey’s findings. Given that Pakistan has the second highest number of out-of-school kids, globally, the responses received further encourage the need for LHWs to be mobilized to increase awareness of sexual education and its importance for people of all ages, specifically the youth.

Male health workers as part of the National Program for Family Planning & Primary Healthcare. The inclusion of a male workforce is pertinent to the cause since ours is a male dominated society, where the man of the house is referred to as “mijazi khuda”. Having the men aware and educated on the importance and benefits of sexual education will positively impact the households, and society as a consequence. Awareness through social media campaigns, text messaging services, caller tunes. Using targeted search engine marketing tools like Search Engine Optimization and management. Community medicine based taught programs can promote the sexual health education among adults. 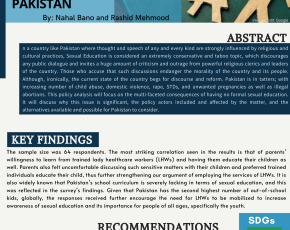 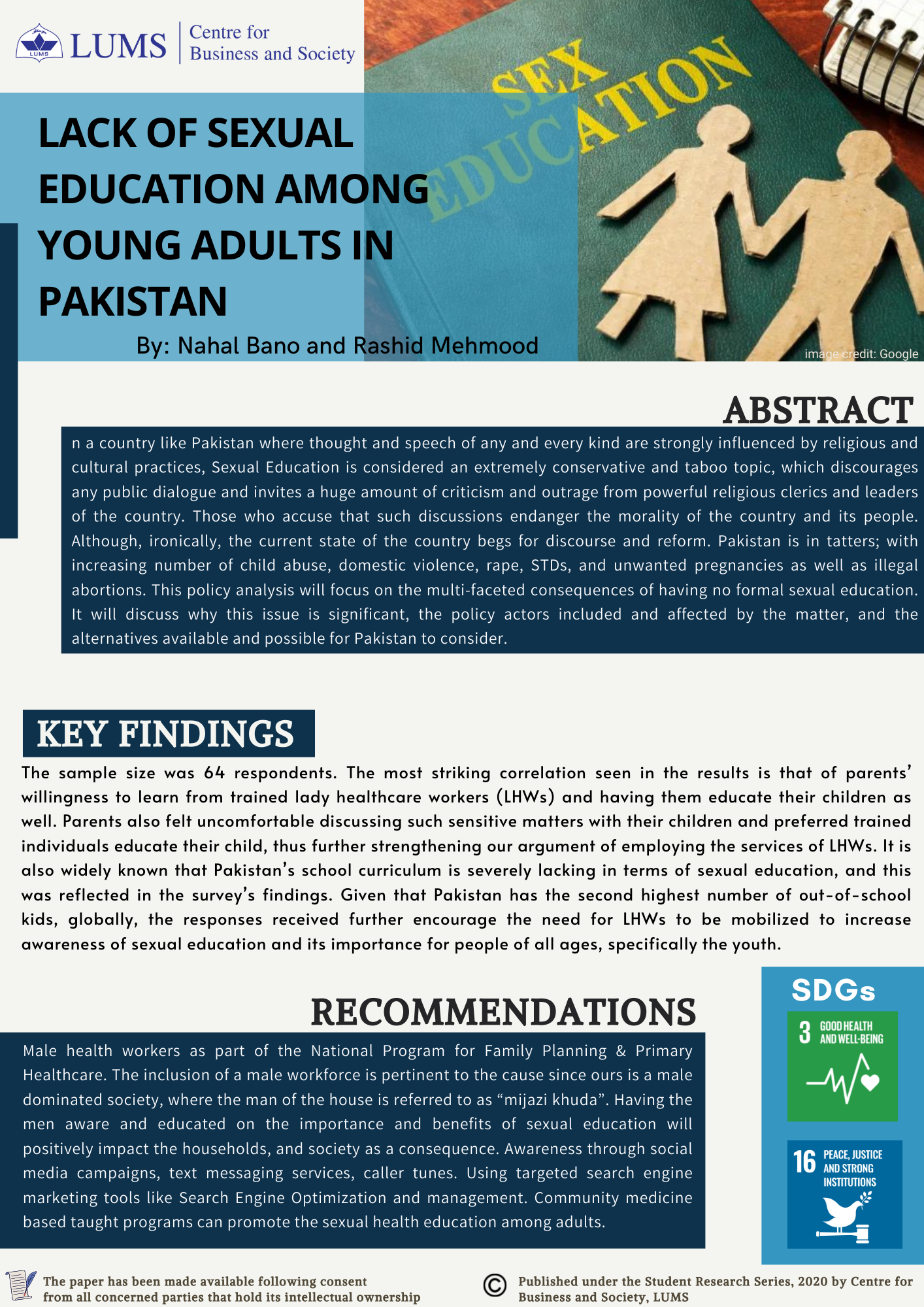