Awareness and Regulation of (Non-Physiological) Mental Health Issues in Pakistan

To walk into schools, homes, workplaces, or even recreational areas only to be greeted by people who have muted their internal battles, struggling to make a place in our society and expected to do wonders for the nation; while the nation does not even acknowledge their distresses is a satire we proudly represent. Pakistan’s healthcare delivery system comprised of service provision at state and nonstate as well as profit and not-for-profit level. Insufficient number of practicing and skilled healthcare professionals such as doctors, nurses, paramedics and allied health workers at the peripheries, health workforce imbalance and urban-rural disparities in the delivery of healthcare are some of the big concerns related to the health sector of the country. When comparing with other LMICs, no exception is viewed in Pakistan regarding low priority for mental health of its people. Currently, 15 million people in Pakistan are suffering from different mental health illnesses.

Out of the 122 respondents, 84 checked for anxiety, emotional turmoil, stress and/or depression lasting for more than three weeks whereas 24 were unsure. The survey was only continued for the ones who had suffered a lasting episode of non-physiological worsening mental health status which was received by 113 respondents stating that their FIRST point of contact while battling their issues were friends (49%), followed by sharing it with no one (22%) and then family at 23%. Only 1% of the respondent’s first line of contact were professional help. It is imperative to mention other than just a single respondent no one ever revealed their issues to a stranger. A huge majority (88%) identified that empathy was the basic trait while addressing the distresses of mental health and a follow up question recognized that 76% found that individuals who had undergone similar experiences had higher empathy, compassion and understanding in terms of their own
problems. While 16% were unsure if they would share their experiences with someone who had gone through comparable experiences, traumas or distresses but a huge 69% were willing and open to share in such settings where they recognized the other individuals have suffered the identical chaos and unrest.

Awareness through media campaigns in local languages. Khutbahs promoting the importance of self-care and mental health. Allotment of wellness budget from a part of health budget. A mental health regulatory body set within the premises of Pakistan Medical Commission to overlook quacks, hoaxes and set price caps on therapy and professional help. A mandatory course on life skills and education in primary and secondary schools. 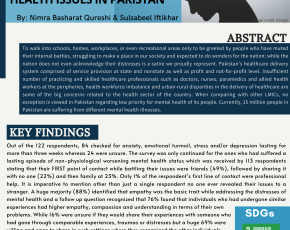 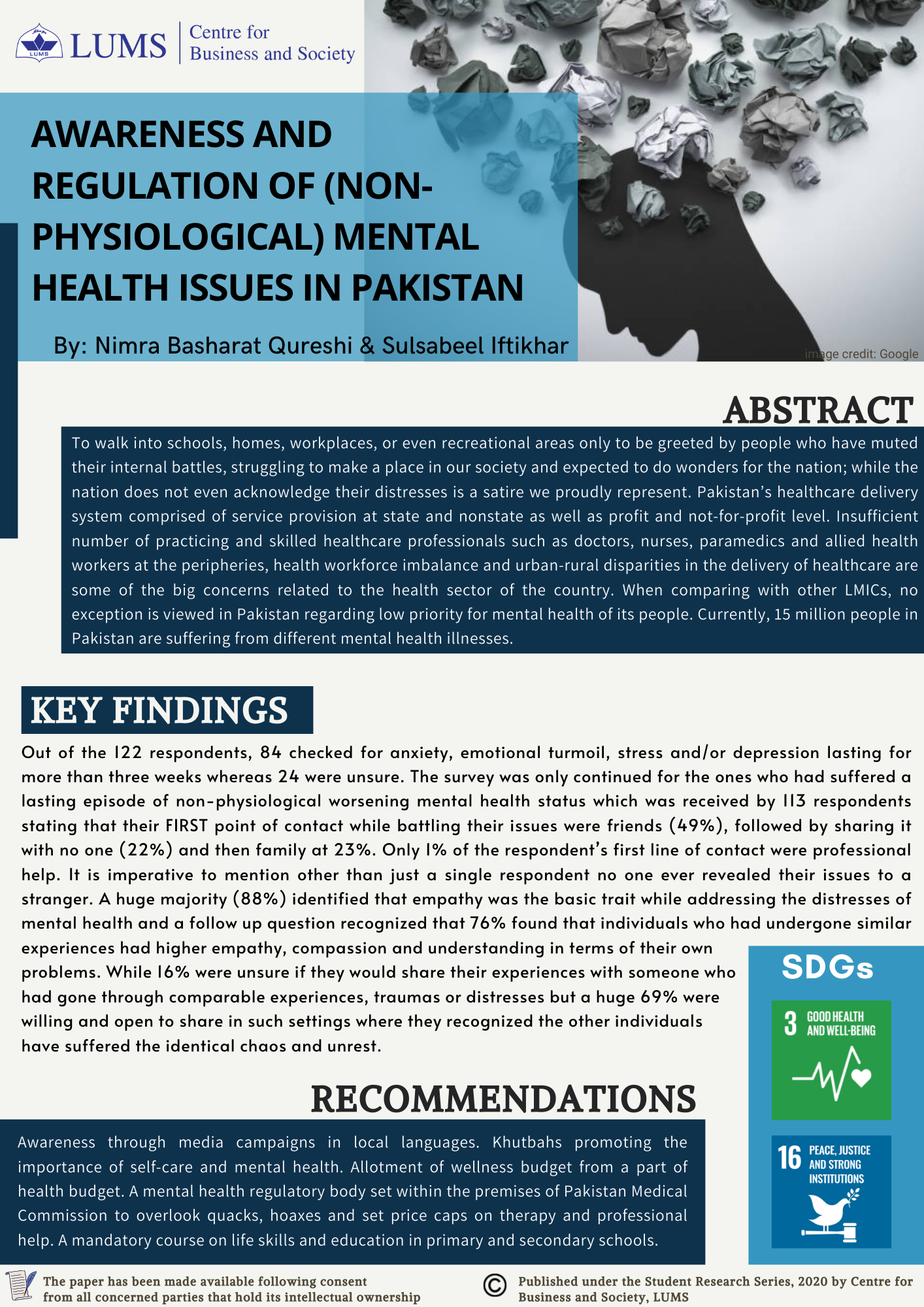